The path to more trust in journalism runs through better coverage of local communities. Media organizations often have blind spots in their coverage. We aim to help news outlets understand how – and how often – they cover different geographic areas so they can better serve their readers as well as the public interest. 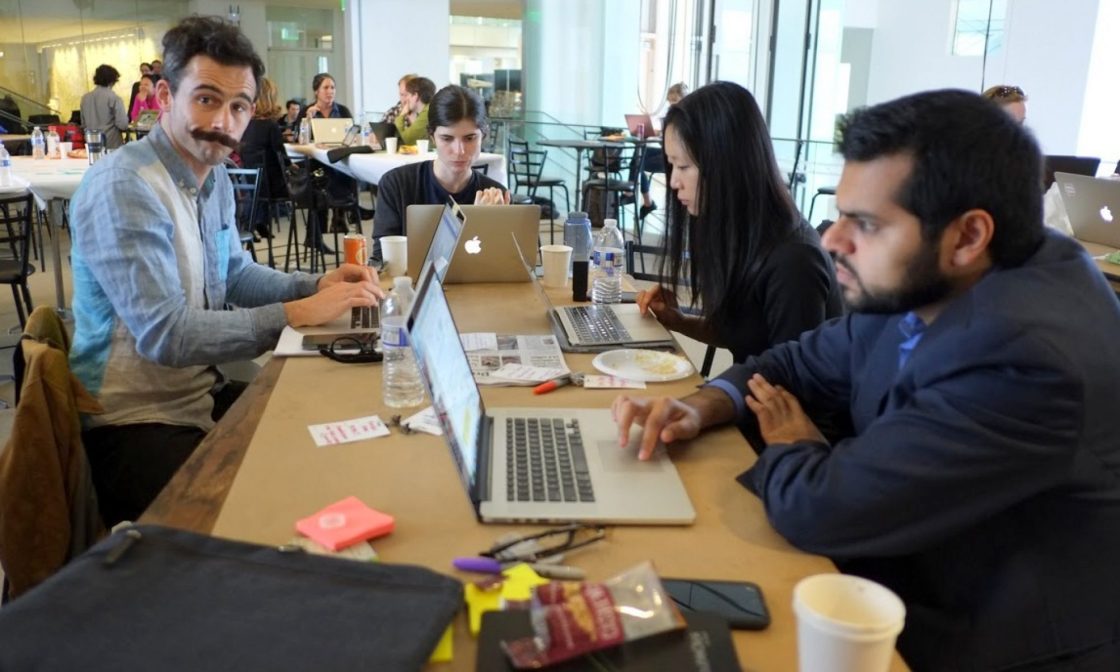 In February 2017, the MIT Media Lab hosted Misinfocon, a creative studio aimed at combating misinformation and promoting trust in journalism. Our team had came to Cambridge from around the country – from New York, San Francisco, Portland, Maine, and Washington, DC – and we were united by our passion for the intersection of data, journalism, and storytelling.

During the opening pitch session, Hamdan Azhar discussed his experiences growing up in a little known part of Brooklyn called Marine Park. “Why is it that everyone has heard of Williamsburg but no one has heard of Marine Park?” he wondered. Could the media be playing a role in driving this attention inequality?

Luckily, among our team, we had a strong, complementary set of skills in data munging, analysis, design, and data visualization. Over the next 36 hours, we worked together to create a proof of concept for a quantitative analysis of news inequality based on data from New York and Maine. Check out some of our findings here! 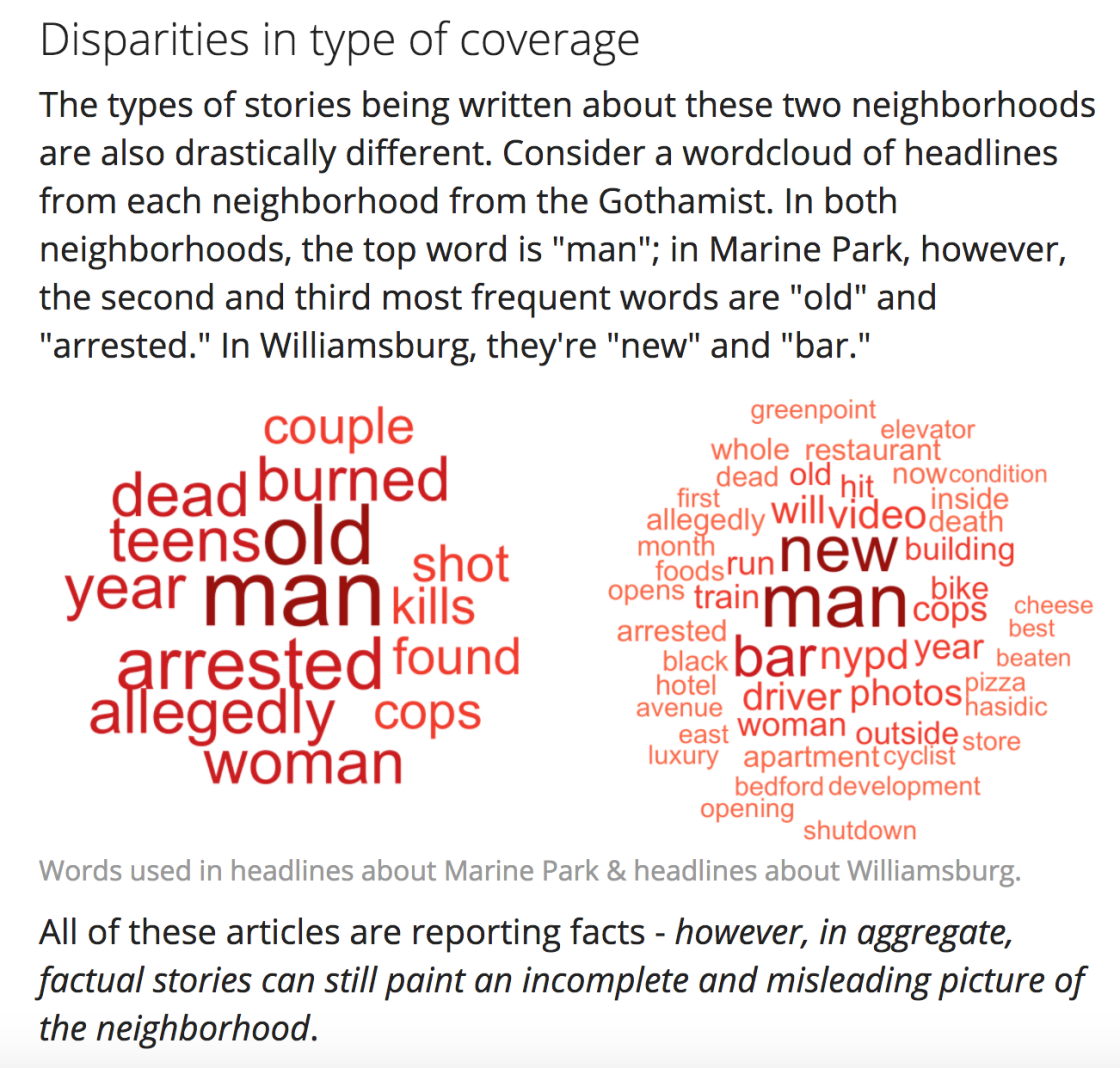 Over the next year, we’re excited to build upon our existing work, scale out our findings to more outlets and cities, and build a tool to allow newsrooms to conduct similar analyses using their own data.

Hamdan Azhar is a data scientist and founder of PRISMOJI. Hamdan previously worked in advertising research at Facebook and was also a statistician on Ron Paul’s campaign. He has been a freelance journalist for the past seven years, writing about politics, technology and culture in Forbes, VICE, and The Washington Post, among other outlets.

Cathy Deng is a developer and designer, currently at the BuzzFeed Open Lab. She specializes in building technology that is clear and intuitive. As a designer, she has experience adapting projects to a variety of different audiences – from journalists to data nerds to everyday citizens. She also has a wide range of tech skills, including munging data, visualizing data, building web apps, and crafting websites.

Christian MilNeil is a data journalist for the Portland Press Herald/Maine Sunday Telegram. He has a background in math and statistics and is an experienced Javascript developer for the Press Herald newsroom.

Leslie Shapiro is a Graphics Reporter at The Washington Post, focused on telling meaningful stories with data. Previously, she was the Interactives Editor at New York Magazine, where she worked on short- and longform interactive storytelling, and a product designer on IBM Watson, designing ways for humans to interact with artificially intelligent services.

If your newsroom is interested in partnering with us, drop us a line below and we’ll be in touch shortly! We’d also love to chat with community and civic journalism organizations as well as journalism schools.